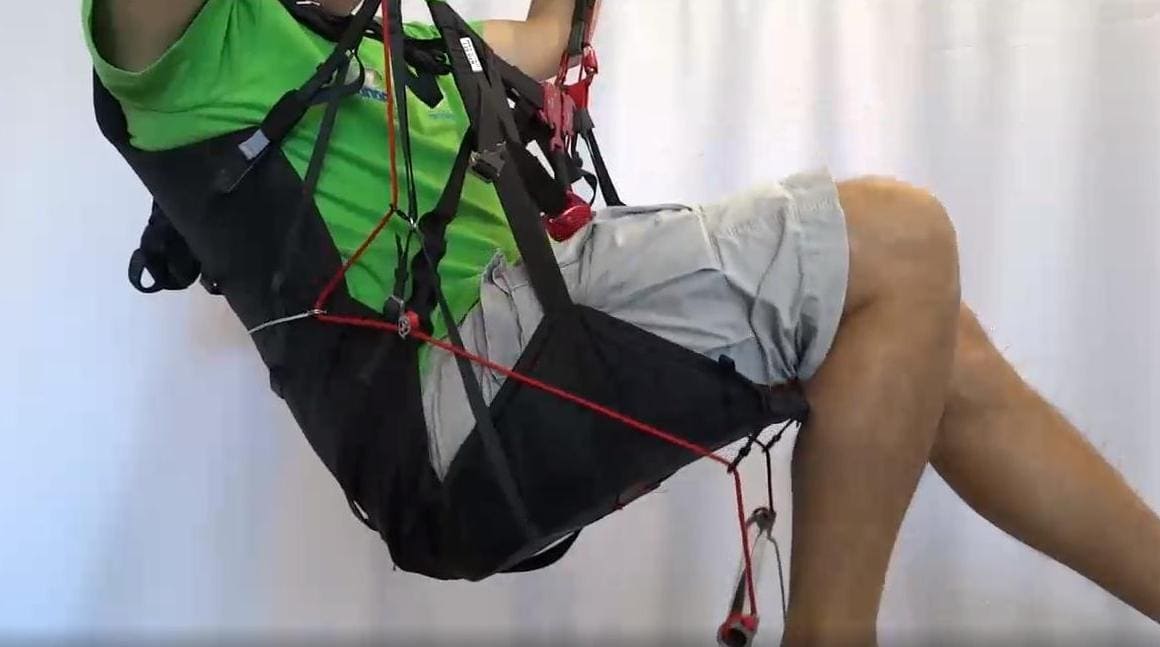 Dear friend, our latest modifications on the the Wani2/Haska2 speed bar hold/retraction system caused a bit of confusion.

We would like to apologize try to clarify with the following explanation.

More than a year ago we introduced a speed bar hold/retraction system (that we will call system #1) on our Wani2 and it was made by an elastic line passing through a loop sewed in the middle of the back webbing strap and then coming out of the front eyelets of the speed bar. The elastic line was then secured to both sides of the speed bar.
This system could easily break because the line wasn't elastic enough.

Therefore we introduced system #2 where the speed bar line must pass first through the pulley and then through the eyelets of the elastic line and finally it goes up to the glider riser hooks.

This system is solid in flight but not so efficient on the ground.

Eventually, we replaced system #2 with system #3, that is the same as system #1 but with a much more resistant elastic line that doesn't break (like it tends to happen with system #1).

Most of our current stock and all the future production series of our Haska2 and Wani2 have system #3, as per attached video.