Have you been immersed in the atmosphere of a fairy tale during your vacation for a long time? Surely many do not even remember or in the memories, white sand of a gorgeous beach and the twittering of gulls pop up. 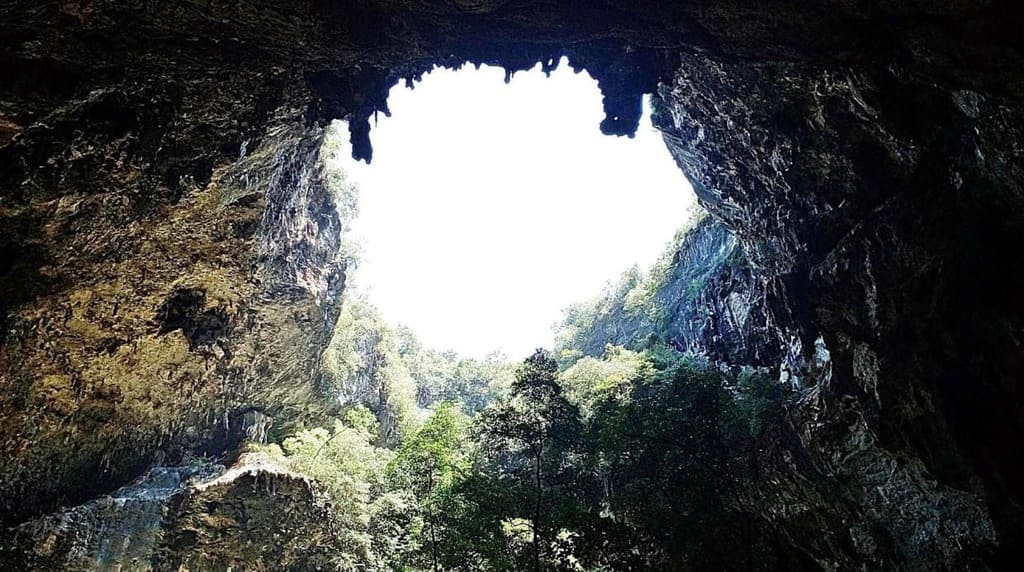 This is undoubtedly an amazing vacation but it is far from a wonderful pastime that causes a lot of incredible emotions that a real fairy tale can give - the caves of Montenegro. This country boasts a large number of natural "creations" but the greatest interest among tourists is the beauty hidden from the eyes of vacationers. If you are tired of a beach holiday and want to diversify your upcoming vacation, be sure to get acquainted with the delightful "brainchildren" of Mother Nature which were born millions of years ago. 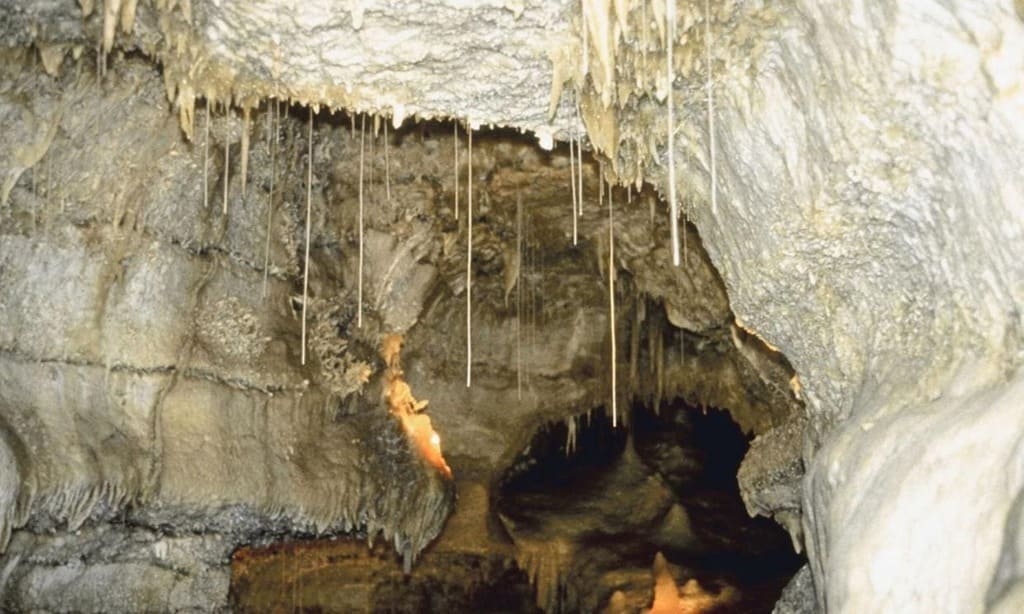 Once in one of the underground kingdoms where a mysterious twilight and silence reigns, you can see incredible beauties comparable to the imperial choirs. Our proposed “virtual” tour will allow you to get acquainted with the most vivid caves of Montenegro. Having made such a small trip, you will probably want to see with your own eyes the miracles hiding from the eyes of people.

This is the first cave where tourists have access. The main feature of this object is truly pristine. Amazing beauty and unique atmosphere of this place will allow you to get a lot of indelible impressions turning the tour into an unforgettable adventure. 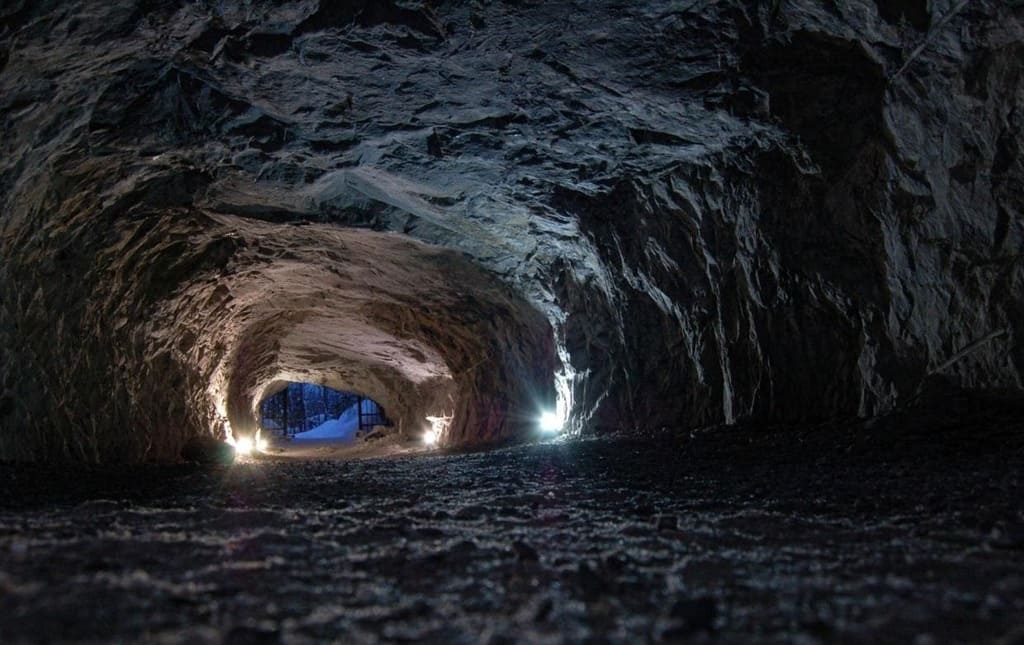 Lipska is the largest cave in the country. The halls, the system of corridors, as well as the tunnels of the facility are about 2.5 km long. This is one of the most striking places that cannot be ignored by guests of Montenegro. The inside is filled with delightful streak formations and karst deposits. Incredible stalagmites and stalactites literally mesmerize and make you admire yourself for hours. 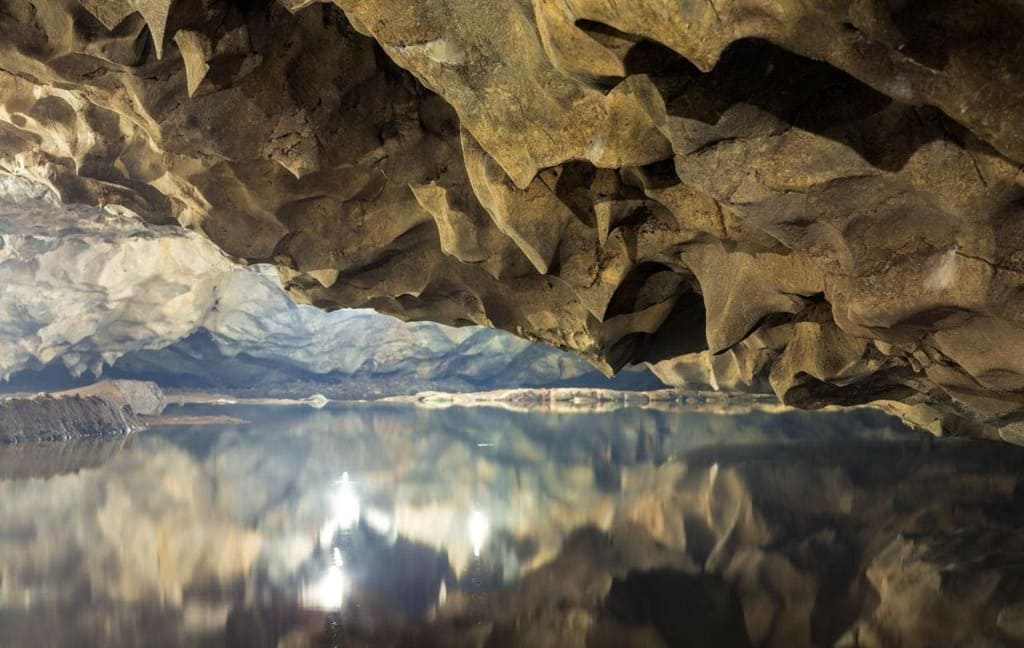 Today Lipska Cave is one of the most significant sights of Montenegro. It regularly organizes excursions along specially-designed routes. The presence of modern lighting makes the vastness of the kingdom even more enchanting and absolutely safe for long walks. Inside the cave, there are sometimes steps that were cut through by researchers who first came to these places.
The structure of the amazing kingdom has several floors which are a kind of branched channels. They were formed due to water flows that non-stop flowing from the main gallery of the object for centuries. Going to this amazing place you can see:

There are still many unexplored territories in the cave which are distinguished by a large extent, since tangible winds "live" here. 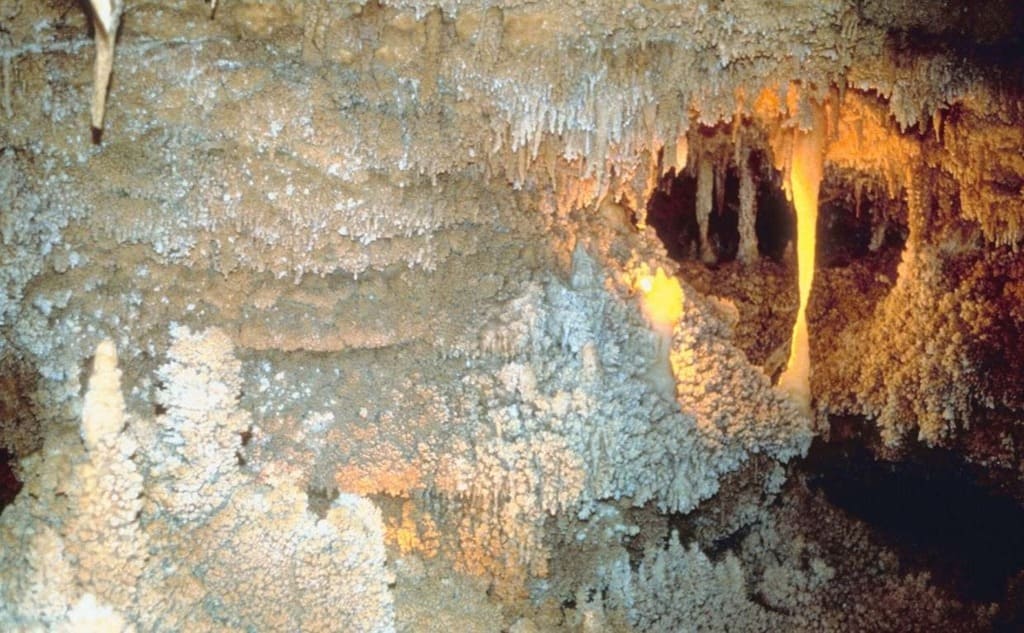 Walking through the expanses of the sights will appeal to absolutely everyone, from fans of hiking to fans of extreme sports and thrills. It is no coincidence that Lipska became the most popular cave among the incredible number of speleological objects formed on the territory of Montenegro. The temperature indicator of the air in the cave is in the range from 8 to 12 degrees Celsius.

This is another Montenegrin treasure which has many names and is a natural attraction of the country. It is a large grotto, the size of which is about 300 square meters.  The height of the arches reaches a mark of 25 meters and their depth is in the range from 3 to 4 meters. 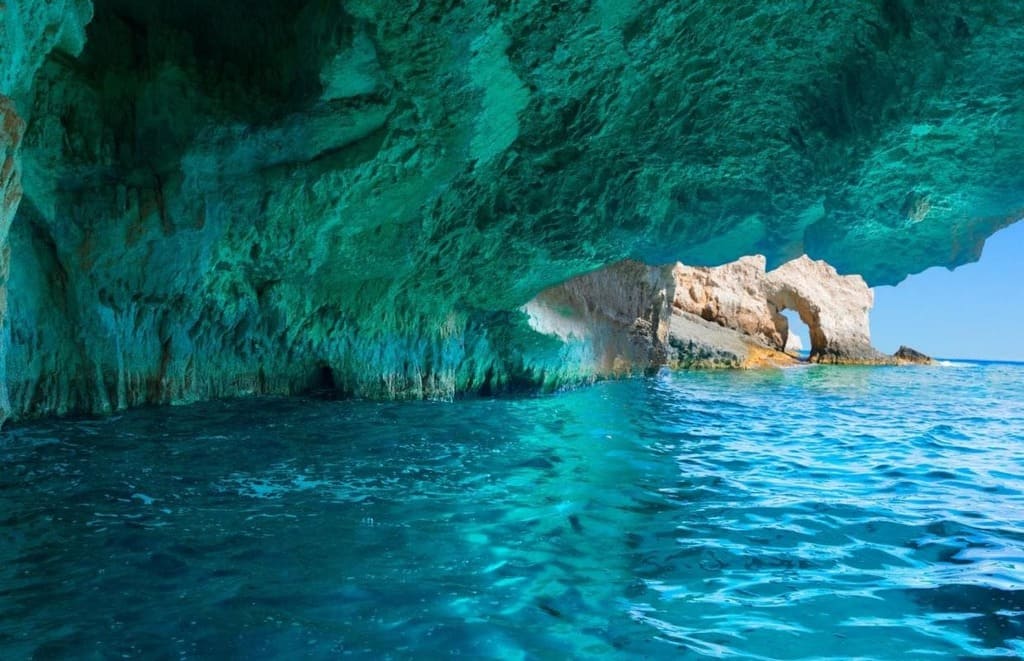 The Blue cave is constantly filled with tourists who can get into it through any of the two available entrances.  This object got its name due to the presence of blue water inside which is effectively illuminated by the sun's rays "bursting" into the bewitching kingdom. Looking at this magnificence there is a feeling that the glow comes from the depths of the water.  Glare, "dancing" on the walls of the cave, paint them in unusual colours. It is better to go here in the morning to enjoy all the picturesque beauty. 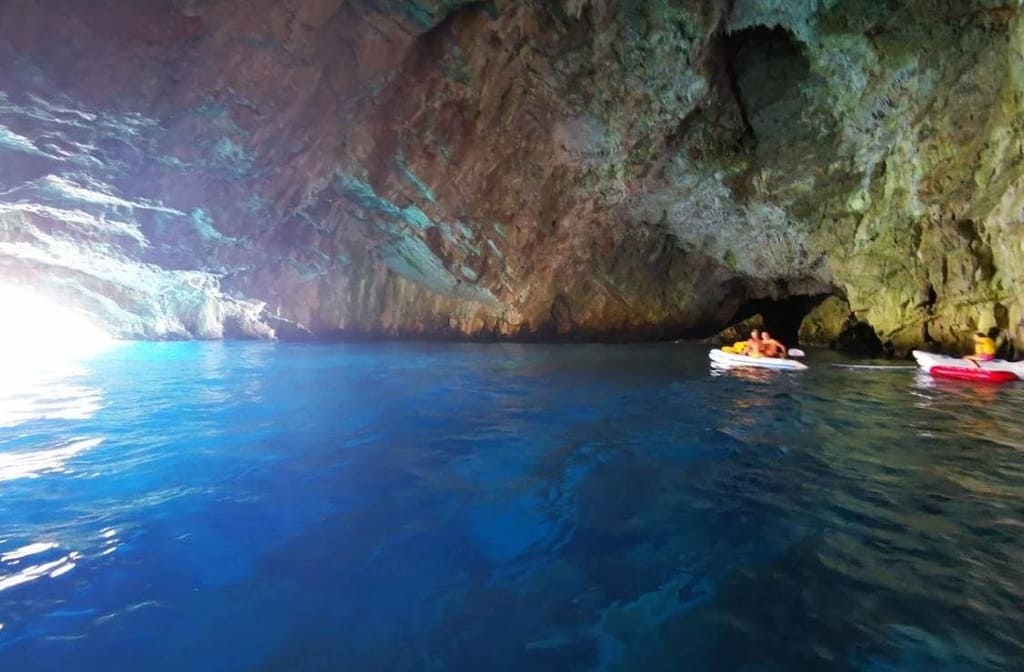 You can even plunge into the alluring blue water but it should be remembered that some zones are excessively deep and exceed the mark of 45 meters. This is what caused the use of scuba gear by many tourists.
The Blue Cave is located on the beautiful peninsula of Lustica and you can get to it only by yacht or boat.

The Ice cave is located in the Montenegrin national park called Durmitor. It belongs to the most striking sights of the country and is incredibly popular among guests of the state. Fans of outdoor activities will undoubtedly receive delight when walking along with it. 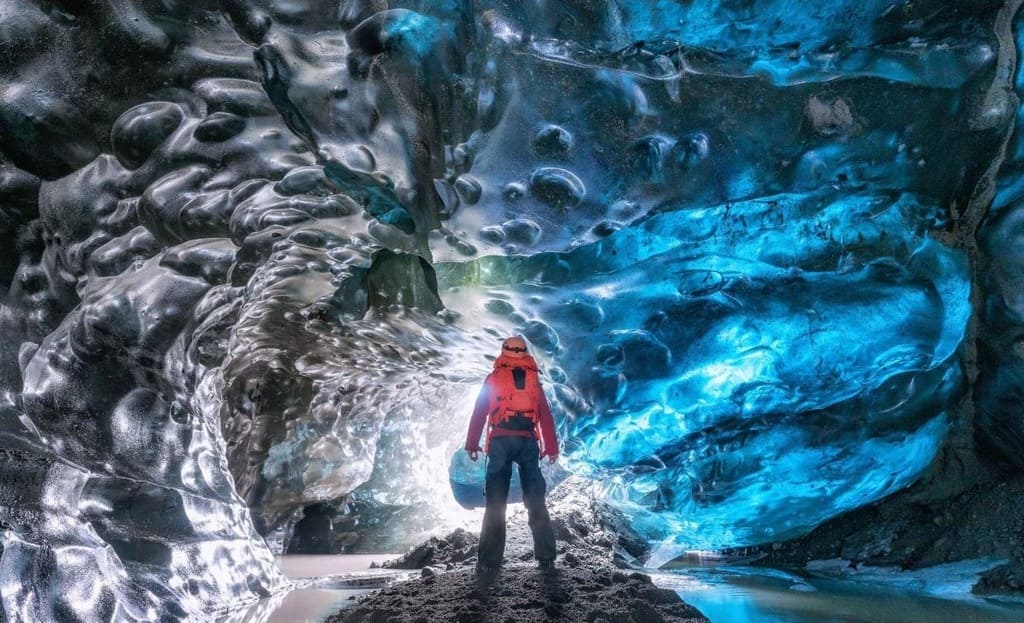 The Ice Kingdom was formed in the bowels of the mountain "conquering" a height of 2180 meters above sea level. The slope of the mountain can cause no less interest than the cave located on it since it resembles a giant human head.
The ice cave is distinguished by the fact that throughout the year the entrance to it is shrouded in snowdrifts. This is due to the presence of a steep mountain slope where the sun simply can’t “peek”. The descent into the object is often icy, so even qualified climbers can hardly go down there. But you can admire the icy splendour from a short distance and even such an acquaintance with the cave will be a pleasure. A certain percentage of tourists still decide to be in an ice tale observing the rules of caution and having the necessary equipment.  As a rule excursions in this place are carried out by experienced instructors who are perfectly familiar with the features of the cave and are fully aware of the situation which allows for a safe descent.
Social Share: