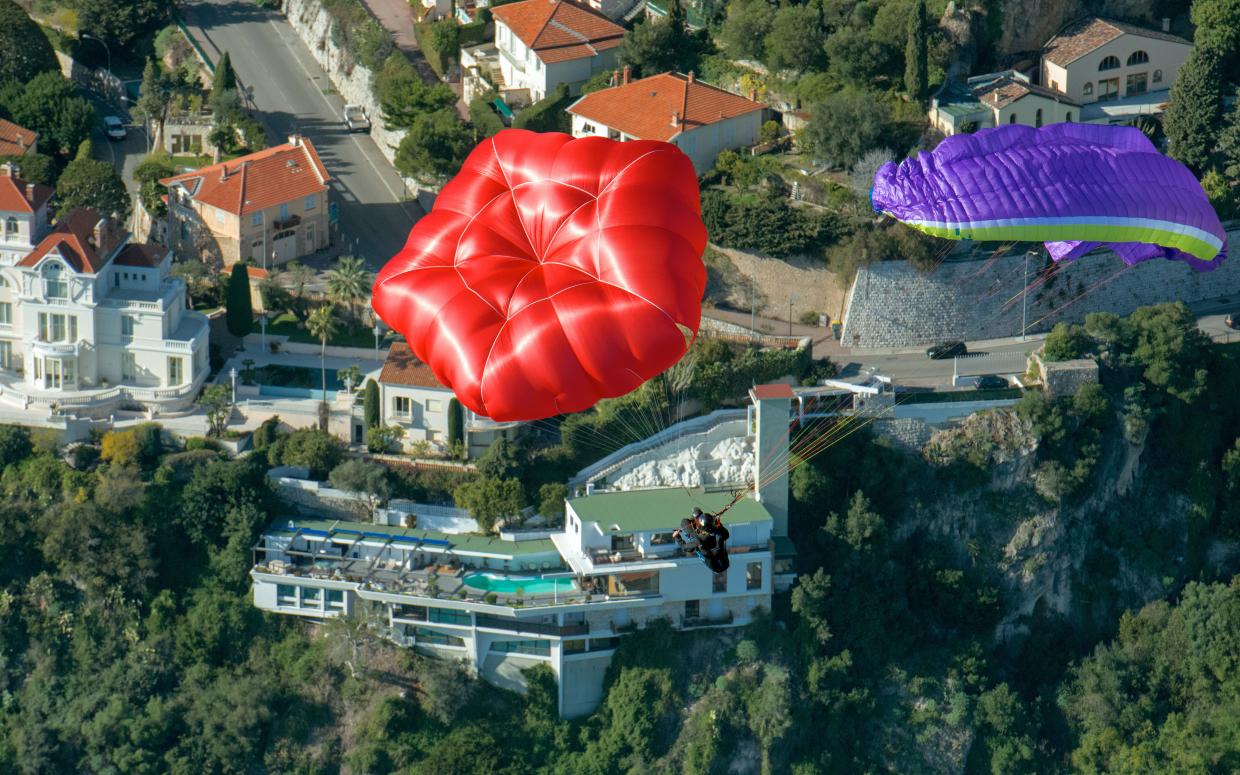 Today we would like to inform you about new five-sided rescue parachute, the Nova PENTAGON.

We are very proud of it because this innovative design is another step towards more safety. We developed and tested the PENTAGON systematically and we are completely convinced by the result.

Very little pendular movement - even when the paraglider remains attached

The five-sided shape is self-stabilising: if the PENTAGON experiences a pendular impulse towards a corner, then the restoring force will automatically act in the opposite direction. Opposite a corner is an edge, where the airflow is significantly different and this counteracts unwelcome oscillations. The Nova PENTAGON’s resulting pendular stability is excellent. 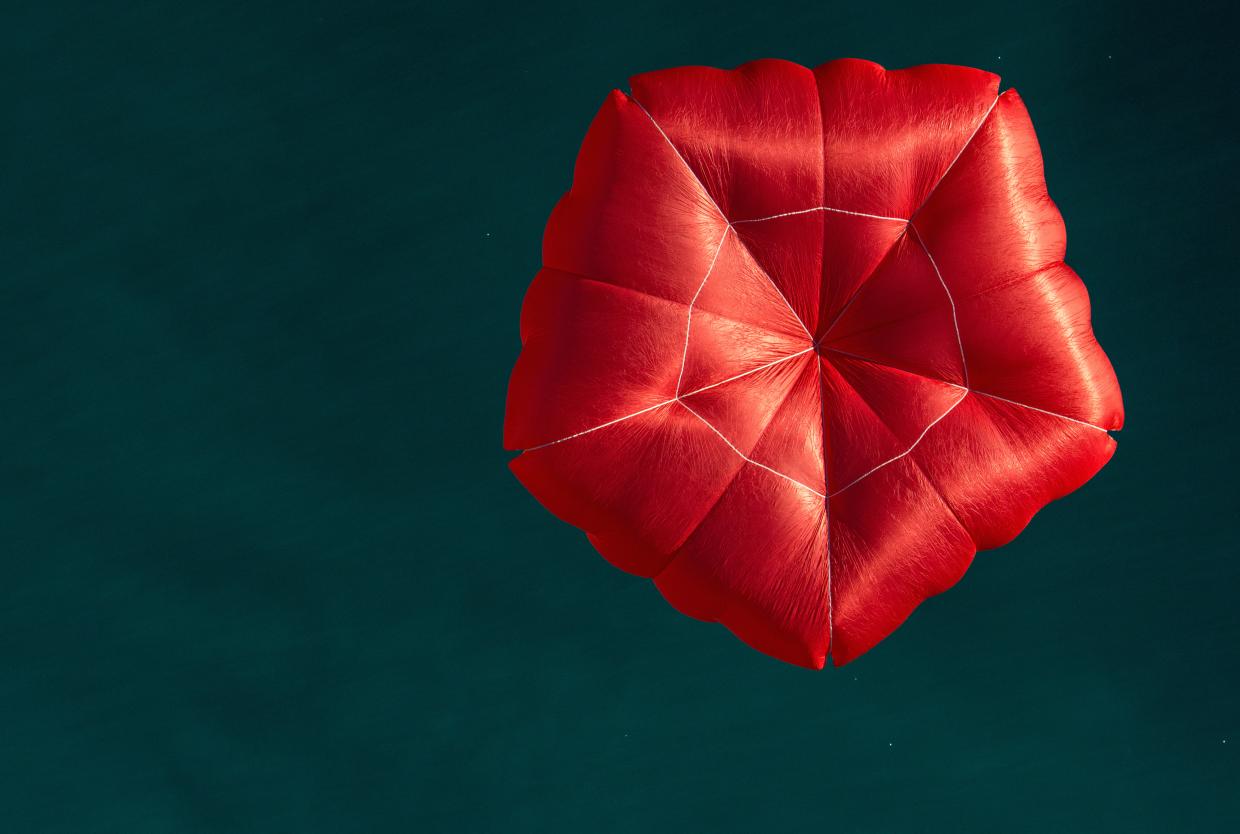 Five corner vents assist fast inflation in the opening phase. Opening is faster and more reliable than with conventional rescue parachutes. This is not only critical when close to the ground, but it also reduces the risk of the parachute getting tangled in the paraglider's lines before opening.

The sink rate is extraordinarily low: during certification, with maximum load, the PENTAGON 120 had a sink rate of 5.2 m/s.

Packs as quick and easy as a round

The Nova PENTAGON is particularly quick and easy to pack. The base and centre lines are all the same length and equal distance from each other. They are also colour-coded. This means that the risk of errors during packing has nearly been eliminated. 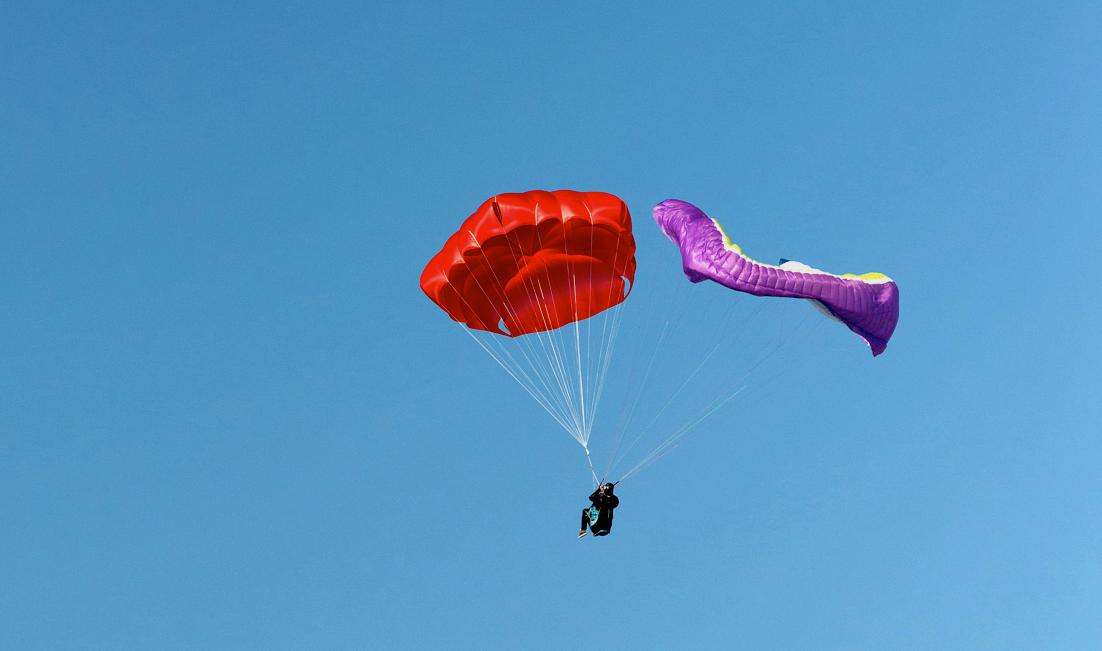 The PENTAGON is one of the few parachutes to have passed both the EN sink rate tests, with subsequent water landing, with the same test chute. This means that after a water landing during an SIV course, there is no reason for concern about the parachute's operating functionality. This is thanks to the Edelrid lines and the high quality Porcher Sport cloth, which retain their material characteristics even after extensive contact with water. 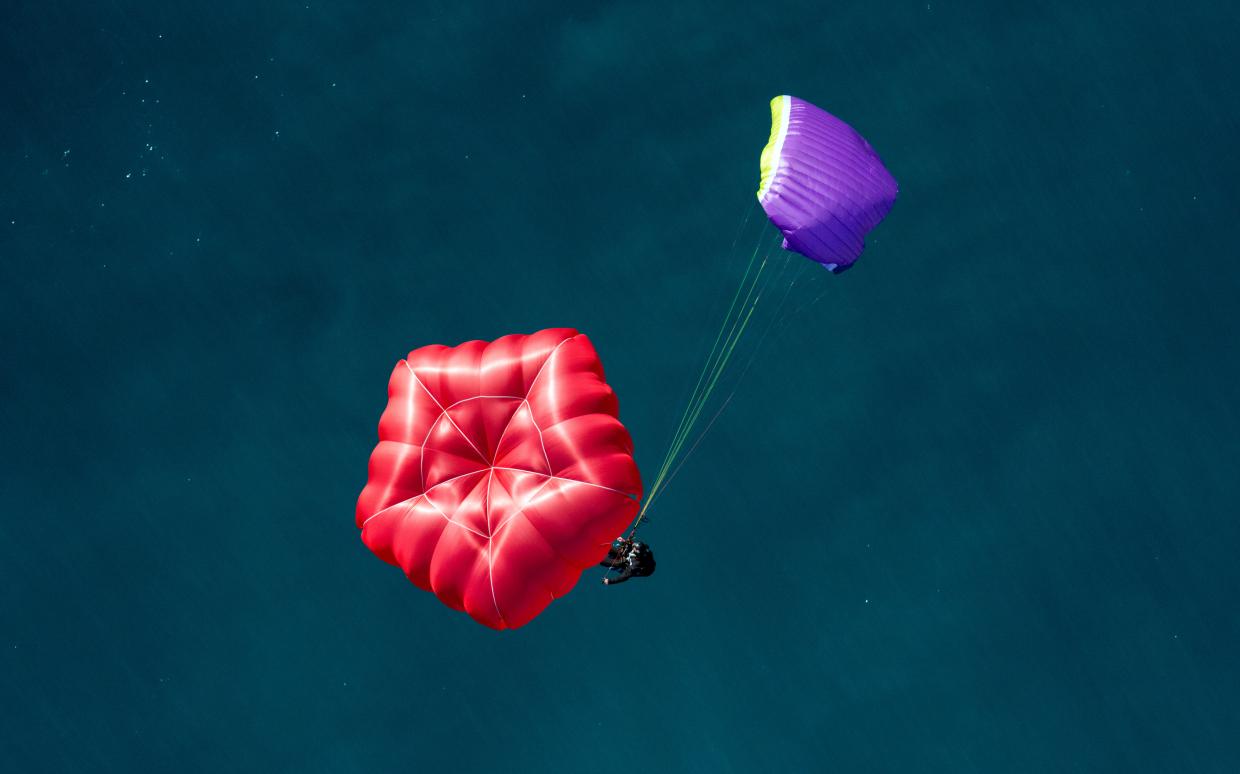 Unlike a circle or a square, a five-sided object lacks point symmetry. In other words, in a PENTAGON, on the opposite side of a corner is an edge and opposite every edge is a corner. Regardless if the initial pendular impulse is towards a corner or an edge, the restoring force in a pentagon is clearly different. The pendular movement is disrupted and this dampens unwelcome oscillations, which in turn greatly reduces the risk of a hard impact. With seven sides, the canopy is already too round; with three corners, the ratio of flat to projected area is unfavourable (-> increased weight).